Aston Martin will race a Rapide S, powered by a hybrid petrol/hydrogen engine, at the 24 Hours of Nurburgring race next month.

The Rapide S has a twin-turbocharged 6 litre V12 engine which can run on petrol, hydrogen or a mix of both.  The stated aim is to be the first race car to undertake a full lap on hydrogen power alone - which does call into question for how many of the 24 hours Aston Martin actually intend using hydrogen power.

The car is intended to showcase hydrogen technology, which in the Rapide S has been designed and fitted by Alset Global.

The system in the Rapide S involves four ultra-high strength carbon fibre tanks holding a total of 3.5kg of hydrogen stored at 350bar.  Two tanks are next to the driver and two in the boot.

We'll report back on how the Rapide S performed after the race. 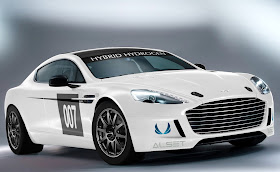 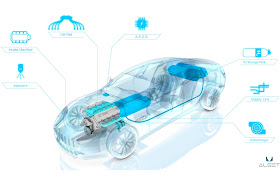